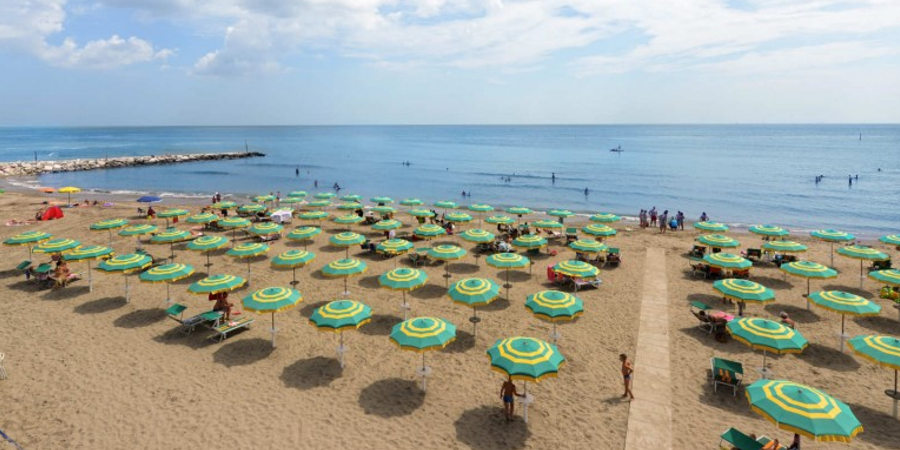 Located on the coast, it is a fraction 16 km from Ravenna.
The last beach of Ravenna before those of Ferrara.
The place that takes its origins from his guardian Giovanni Borsetti, as well as sentry against smugglers became a renowned cobbler, a character known and appreciated by both the fishermen and the inhabitants of the area.

After the First World War the town grew and began to host war veterans who remained homeless, laborers and people looking for a job from all over the Lower Romagna.
A small port, a shelter for boats, had already been built in the past years.

After World War II, even Casal Borsetti was reached by prosperity and the tourist economy took over.

It is still possible to visit the Casello, which was restored in the mid-80s and reopened on 10 August 1990. Today it is a quiet tourist destination of Romagna just a few kilometers from one of the most famous Italian amusement parks MIRABILANDIA, a historical city - very important art as RAVENNA beyond the naturalistic oasis of the DELTA of the PO.